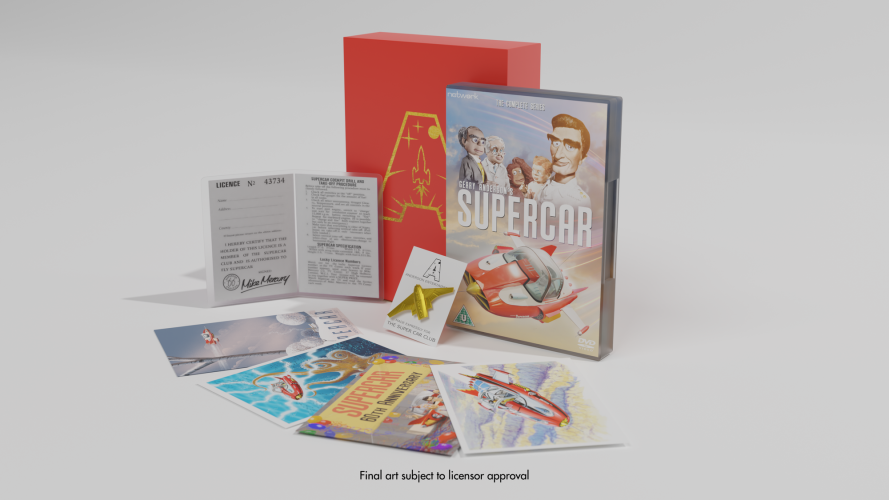 Premiered in the UK on January 28 1961, Supercar was the first show from Gerry Anderson to be broadcast oversees. Starring an American heroic test pilot driving a car that knows no boundaries, no wonder this children TV show would appeal to an American audience. In addition to the US, it was also broadcast across Canada. Supercar was also the first half-an-hour Supemarionation show. It ran for 2 series and 39 episodes.

To honor this anniversary, The Gerry Anderson Store is selling a Supercar 60th Anniversary Limited Edition Treasury Box. The box features the full series on Standard Edition DVD (sadly no HD Blu-ray) as well as a Supercar badge and individually numbered Supercar Pilots' Licence (replicas of the 1960s Supercar club items), newly commissioned art cards from Lee Sullivan and Tim Keable. Only a limited quantity of 300 box are available so pre-order now for about £67.