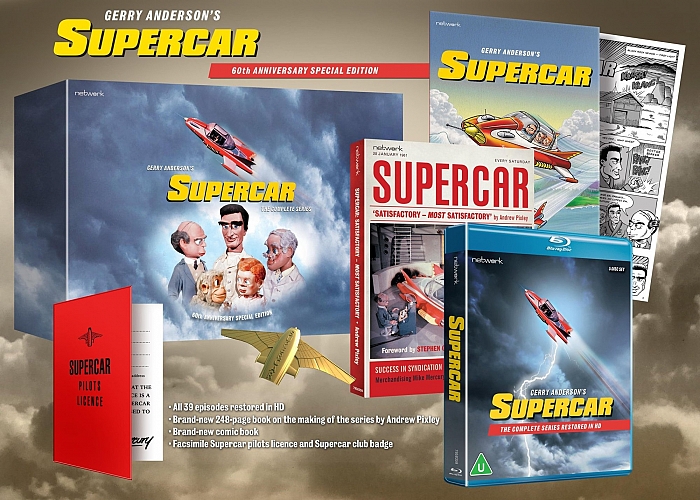 Finally a new show available in glorious High Definition. I love that show and its characters, mostly Mitch the monkey. The stories are targeted for a young audience, but are enjoyable for adults. Even though it is in black and white, the visuals are stunning, especially in low light.

This edition set has been remastered in High Definition from original 35mm film and contain physical extras such as a brand new paperback on the making of Supercar, Supercar comic as well as a replica pilot’s license and a Supercar Clun badge just like the DVD set.

It's limited in and sadly Region B locked (UK/Europe). I pre-ordered mine so I can feature HD screenshots on the website.